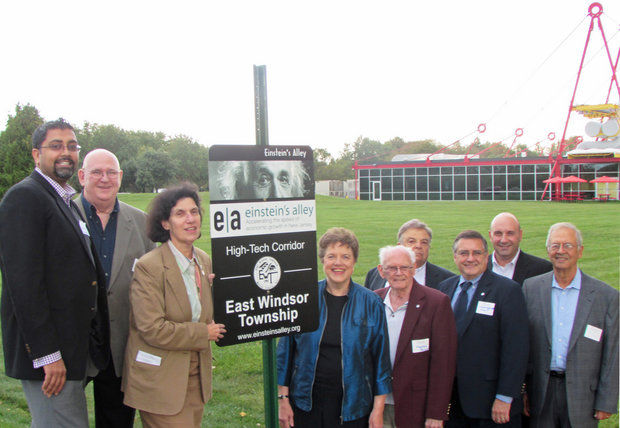 Einstein’s Alley is a private, non-profit economic development initiative whose purpose is to attract, build and retain technology-based businesses in Central New Jersey. Einstein’s Alley collaborates and coordinates with existing governmental and private sector organizations to grow the region as a magnet for entrepreneurial activity and as a globally recognized economic powerhouse. The goal is to make Central New Jersey the destination for technology companies, which is highlighted by East Windsor’s High-Tech Corridor along Princeton Hightstown Road and Old Trenton Road.

The event can be viewed on the Township website at www.east-windsor.nj.us.