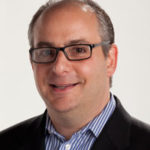 Evan Krachman plays a key role in the marketing and product development for Sony’s Medical Division. For the past 14 + years Krachman he has successfully launched many new products including HD cameras, storage and capture systems for the OR. In the past he led Sony’s marketing efforts to introduce their first diagnostic dry film Imager into the Radiology market. In 2013 he headed a marketing team charged with developing 3D visualization solutions for microsurgery in the ophthalmic market and a portable capture system for the DaVinci Robot.

In 2012 Krachman received his first US Patent with Sony for a Method and apparatus for transporting medical images. In addition he also recruits and manages Sony’s Key Opinion Leaders program that helps shape future products by working closing with top surgeons in the country. In 2013 he joined the CTeL Innovations Board in Washington D.C. He is charged to develop innovative solutions for improving healthcare in the Telemedicine space.

Outside of work Krachman has been going back to his communication roots with two endeavors. For the past 9 years he’s been volunteering at Red Bank Regional High School with the Visual Performing Arts Academy. Concentrating in the Creative Writers program, he works closely with Dr. Gretna Wilkinson, the program director. Krachman has created a unique mix of improvisation acting and writing workshops to help hone their creative thought process. The idea is to use utilize these creative skills and adapt them to real world applications so students could apply these skills for the rest of their lives no matter what profession they choose.

For the past 5 years Krachman has been honing his writing skills as a playwright, taking classes at NJ Repertory Theater and working with the Black Box Theater in Asbury Park, where he’s had several staged readings. He’s developing works inspired by his love of science fiction and the absurdity of life as we know it. Krachman lives in Shrewsbury NJ with his wife Kerry and two of his best co-inventions, his daughter Emily and son Benjamin.

A graduate of Monmouth University class of 1985, Krachman holds a BA Speech and Communications degree.