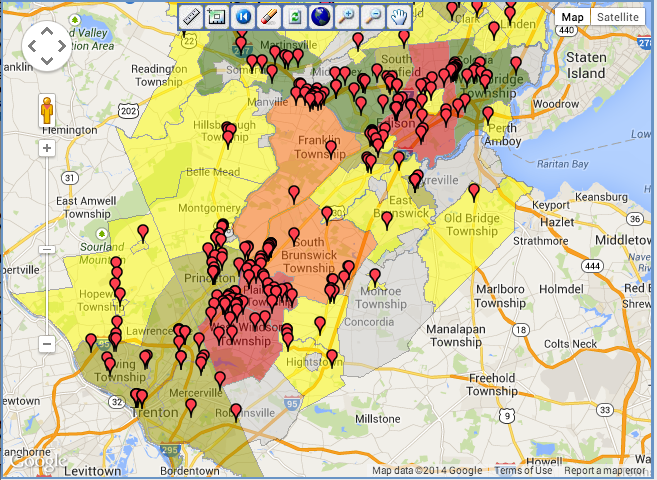 New Jersey has a richly diverse population; proximity to major metropolitan areas and a history of invention
and innovation; from electronics and pharmaceuticals to biotechnology research; that impressively continues
to grow. New Jersey’s commitment to investment, collaboration and talent development supports growth in key
industry clusters that drive economic expansion. In the Garden State, these key clusters have found an ideal
location – within a day’s drive of 40.0 percent of the US population; a talented, productive and highly educated,
workforce with a high density of residents with advanced degrees and 52 colleges and universities. Here is a
brief look at some key industry clusters. 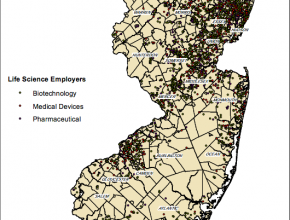 • Over the past five years, this cluster’s establishments have expanded by 15.9 percent in New Jersey, outpacing the nation by 6.0 percentage points.

• New Jersey bio/pharma life science employers paid more than $14 billion in wages during 2009, or 8.1 percent of the state’s total wages.

• New Jersey’s highly educated workforce is profoundly seen in this cluster as nearly two thirds of its workers hold at least a Bachelor’s (33.1%), Master’s/Professional (23.0%), or Doctoral (8.2%) degree. 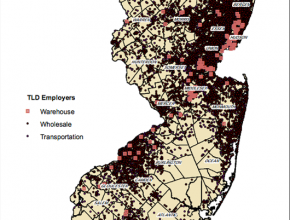 • In 2009, transportation, logistics and distribution (TLD) employed 364,429 workers in New Jersey. The cluster employed 11.9 percent of the state’s private sector workers, a higher percentage than for the nation (8.9%).

• The dense population (1,195 persons per square mile) and higher income level ($50,221 2009 median household income) of New Jersey and the region surrounding it make the Garden State a prime location from which to distribute goods to consumer outlets.

• Located between New York City and Philadelphia, New Jersey is within a day’s drive of 40 percent of the US population who purchase $2 trillion in merchandise yearly.

• The state offers access to the nation’s freight rail network and the state’s commuter rail network and is also home to several key transportation facilities necessary for a strong TLD industry cluster including three major seaports and a large international airport. 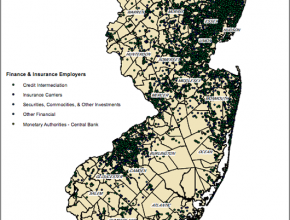 • Despite a relatively small employment base (5.2% of total employment in 2010) finance and insurance contributed $39.4 bil- lion or 8.4 percent to the state’s Gross Domestic Product in 2009.

• Financial services relies heavily on information and technology. New Jersey has remained in the forefront of technological advancement by becoming a national leader in developing data centers to support the industry.

• In 2009, almost $18.5 billion in total wages was paid by New Jersey’s employers in financial services industries. 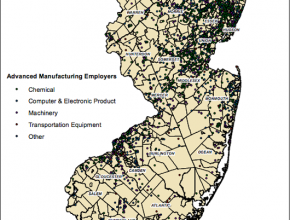 • The advanced manufacturing industry contributed over $17 billion to New Jersey’s Gross Domestic Product in 2009, or about 3.6 percent of all state output.

• The state’s advanced manufacturing industry establishments paid a total of more than $11.6 billion in wages in 2009, or roughly 6.8 percent of New Jersey’s total wages. 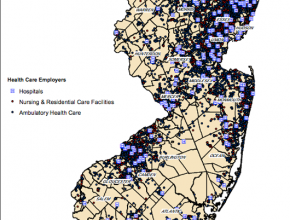 • The outlook for New Jersey’s health care employment is bright. From 2008 through 2018, it is projected that more than 56,000 jobs will be added, an annual increase of 1.3 percent.

• Health care establishment employers paid more than $21 billion in total wages in 2009, or about 12.2 percent of all wages paid in New Jersey. 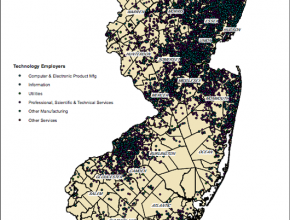 • Many of the businesses within LHR directly and indirectly support the state’s tourism industry, the state’s 3rd largest industry according to Division of Travel and Tourism.

of the state total.

• Green describes many of the innovations, industry changes and investments designed to develop an economy and infrastruc- ture that employs more efficient, cleaner, sustainable, environmentally friendly and homegrown energy sources.

• In 2009, nearly $15.5 billion in total wages were paid by employers in New Jersey’s Green economy cluster.

• New Jersey has been called the number-one state for renewable energy incentives.

• The federal government recently announced four priority areas for wind projects off the Eastern Seaboard that are being fast-tracked for environmental reviews, one of which is a 550- square mile section off the coast of New Jersey, from Avalon to Barnegat Bay.